When Will The NHL Playoffs Begin? Season Resume Date Details

Ever since NHL commissioner Gary Bettman announced the league’s vague proposal to return to play, there have been various rumors floated through a number of media outlets. Some information has been spot-on, while other information has been refuted, denied, or ignored due to the lack of validity. It’s important to scuttle the ship of misinformation and put out what we know from a variety of sources, insiders, and public statements.

One of the more egregious errors in logic was thrown out as part of a mailbag from the Montreal Gazette. In it, writer Stu Cowan speculated that the NHL might not return to play until September:

The NHL is hoping to start official training camps in mid-July at the two hub cities that will be selected to play host to the 24-team playoff format. But don’t be surprised if the training camps don’t start until August, giving players most of the summer off (apart from training), with the playoffs starting in September and running through early November.

That would mean next season wouldn’t start until Jan. 1, kicking off with the Winter Classic.

So When Will Hockey Return?

There’s plenty to digest in that blurb. The idea that the league will wait until September to start is wildly off-base for a number of reasons. Phase 2 of the NHL’s return to play plan begins June 8, when a number of teams plan to open their facilities to a limited number of players and personnel at a time. The working idea as it currently stands is to have Phase 3 of the NHL return to play plan begin sometime after July 10.

Phase 3 is the real key to all of this as that is the phase in which team training camps are slated to begin. In Bettman and NHLPA Executive Director Donald Fehr’s remarks back in May, it was noted that teams might need between 2-3 weeks to get their skating legs and conditioning back before beginning games. In fact, Fehr was the one who intimated that the players could possibly use less time -closer to a two-week window to prepare.

In a worst-case scenario of three weeks beyond July 10, the league would be staring at Saturday, August 1 as the beginning of the Top-4 round robin game in each conference, as well as the play-in tournament that will precede the full, best-of-7 playoffs. It stands to reason that if the postseason were to take the same number of days off in between games and rounds as in the past, we could see playoff hockey last into the very end of September or beginning of October, which is a far cry from what Cowan speculated.

Of course, all of this is subject to change, as the National Hockey League will monitor each and every player and member of team personnel for COVID-19 throughout the next few months. If an outbreak were to occur within the NHL bubble or the two hub cities, the entire postseason could be postponed.

That leads perfectly to the final point Cowan proposed, regarding the NHL beginning play for the 2020-21 season with the Winter Classic:

Even then, the league isn't going to start the season with their biggest draw – an outdoor game- without COVID #s in Minnesota. You think they want a half-full stadium? Plus, there have been murmurings that the league might need to "pause" the season through mid-Dec to mid-Jan.

There is no chance the league would sacrifice its crown jewel event, one that draws interest even from the casual sports fan, by playing it in front of a half-filled stadium. Plus, there have been murmurs of a short break being planned from mid-December to mid-January if a second wave of COVID-19 were to break out in the US and/or Canada. 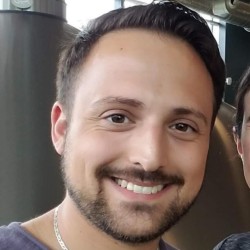